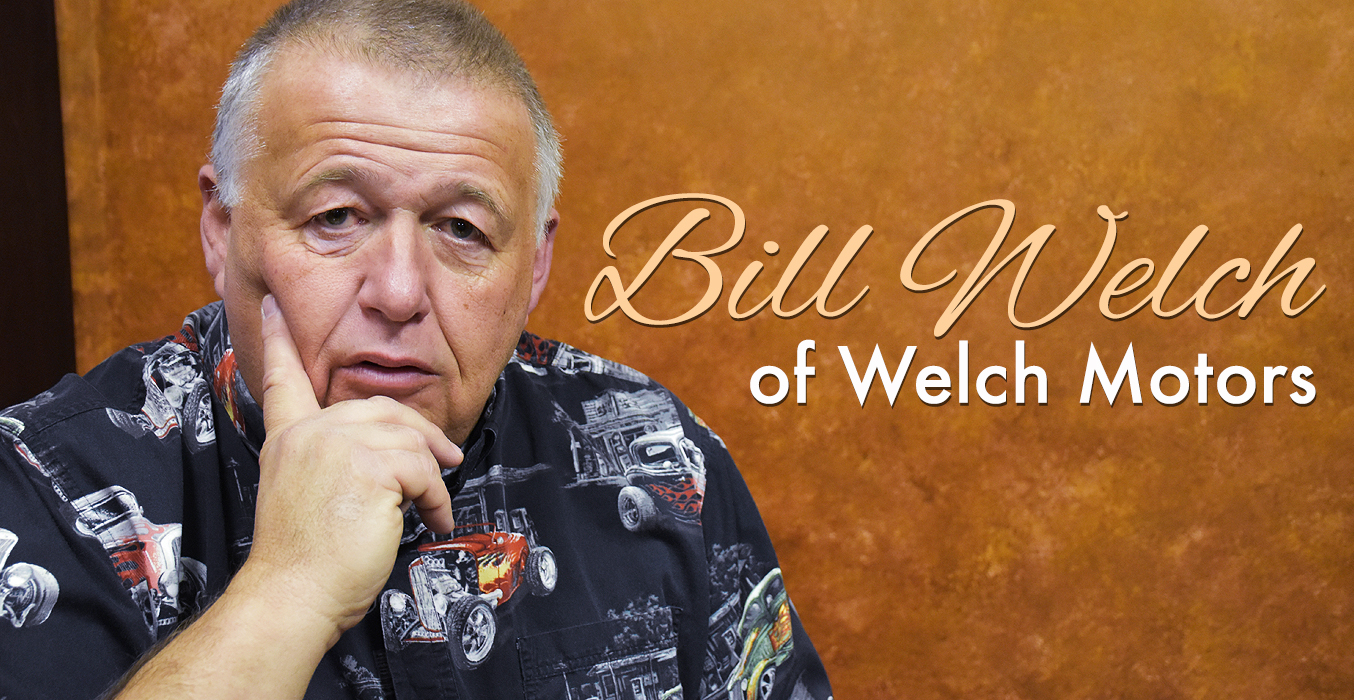 Bill Welch
Welch Motors, Inc
The Excitement of the Hunt… The Simplicity of Life

Welch Motors, Inc was founded by Bill Welch in March of 2006. Bill keeps that date written on the first dollar he ever made. That dollar still hangs on his wall today as a reminder of his very first victory (or sale) at Welch. “It was a Ford Windstar.” Bill recalls, “I had opened my doors a couple of weeks earlier on March 1st and sold my first car March 6th, just five days later.

Bill has been in the auto industry his entire adult life. He actually started as a lot boy (a gopher) for what was once Henry’s Toyota in Benton Harbor, Michigan. “I worked myself through the company. I was a mechanic's helper, a mechanic, a service writer (who sells you service when you pull into a dealership), a body shop manager and even a service manager. They tried to get me into sales but my stepfather and a friend of mine both sold cars there so I really didn’t want to compete with them… even though I would have made a lot more money.”

“My stepfather and my buddy had both left Henry and went to work for Jim Basney on the new auto side of the business.” Bill stated. “At that time they both attempted to persuade me to come to work there. Eventually, I’m not sure of exactly when but sometime in the early 80’s, directly after Henry’s closed, I went to work for Basney on the used car side. I immediately went into sales and I was scared to death, especially because it was a commission only basis.”

Bill recalled those times, “It was interesting because we all lived in Sawyer, Michigan then and all three of us rode to work together every morning. It was about a 45 mile drive, each way, each day. It was nice because Basney gave all 3 of us the same time off and let us start at the same time every day, so we could all carpool together. Back then demos were pretty common. Fortunately for us, Basney gave us one to use and it worked out perfectly.”

Welch spoke of his long history with Basney. “I was there for close to 20 years, with the exception of about a year at which time I went to work for Bob Hayden. I really think that I would still be there if Basney hadn’t sold the store. In fact, I stayed with the buyer (Gurley Leep) for about 10 months after Basney sold, before I decided to leave. 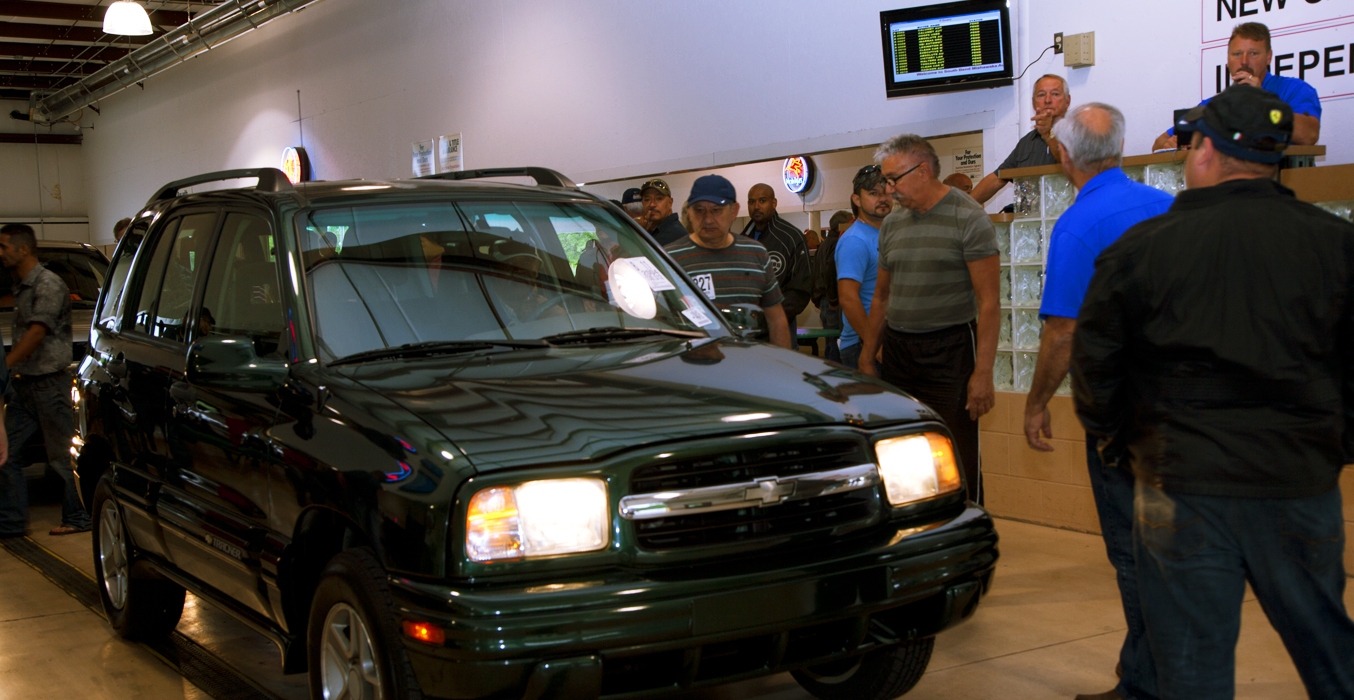 In 2006 Welch decided to venture out and open his own store. His disposition had changed dramatically and he knew that after all of the years he had invested in working for a new car franchise it was time for something different in his life. “My mindset was one where I no longer wanted to work under the strains of a new car dealership. I was not growing nor was I feeling good about the business like I once did.” Another startling revelation for Bill was the driving force was changing. “Over a period of time it just kind of set in. I realized that the money wasn’t as important to me as it was when I was younger. My mindset had changed and that pretty much changed everything else. The new car thing just was not for me anymore”.

Today Bill says that there is a breath of fresh air in his life. He doesn’t regret his choices because they led him to where he is now. He certainly seems to enjoy the independence that comes with owning his own shop. “I can’t tell you how much I appreciate the freedom of having my own store. I can come and go as I please, plus I now have the ability to help customers on my terms and not someone else’s. And then there’s the hunt. I love the hunt.” When asked what he meant by the hunt Bill explained clearly. “The hunt is finding the right cars and buying at the right prices. To me that’s the most exciting part of this business. It’s exciting. It’s not always a win but it’s always exciting as hell.”

Then Bill diverted slightly to what he calls winning at auction. “It’s kind of funny because as exciting as the hunt is you never really know whether you’ve won or you've lost until later. Look, when you ‘win’ the bid all you’ve really done is outbid everyone else. You were willing to pay more than anyone else. You haven’t ‘won’ anything yet, except bragger’s rights. Now you can say ‘I paid more than anyone else was willing to pay for that car!’ Often other people are looking at you and laughing and under their breath saying ‘look how much that idiot paid for that car’. The only time you really know whether or not you’ve won is when you sell it. If you make a profit, you’ve won. That’s when you can you start bragging, ‘so who’s the real idiot?’.”

Welch talked briefly about his theory or approach when it comes auction time. “I love the auction. I try my very best not to have friends during the auction. It’s hard to bid against friends. I pre-sale the auction and I try to get a real feel for what I might sell a car for later. One of the things that I don’t do that other dealers do is I don’t start bidding too low. The auctioneers have had plenty of practice, they don’t need more. Many dealers are yelling $5,000 to start a bid when they know the car is going to sell for at least $15,000. That doesn’t make sense. I simply try to use my car buying approach to make the best deals or the most sense for me. There’s a skill to purchasing autos at auction. It’s not easy. It used to be but it’s not today. Today you gotta work. That’s why so many dealers have gotten out of the business. You gotta work and you gotta love the business. Otherwise you’re gonna be out one way or another.”

Bill is passionate about the high that he experiences at auction. “To me buying cars is a high. It’s like a drug. If I get it done (if I get the cars I want at the right price) it’s a win, a big win! It’s very personal to me. If I don’t get the cars I want or the deals I want sometimes I get a little depressed. There is nothing more demoralizing when you come home and your wife asks you ‘how many cars did you get today?’ and you have to say none. Then she says ‘oh nice, out of hundreds and hundreds of cars you couldn’t even get one?’ Yeah, that’s a little humbling.”

Bill’s wife, Regina (the two started dating in 1977), is his driving force according to Bill, “I would be nowhere today without her. She has been my support since the day we got married. We are a team and have always been a team. This isn’t about me, it’s not about her. It’s about us. The only issue that I will ever have with Regina is that she wants to get her PHD someday, and when that happens she tells me I will have to call her doctor.” Bill says laughing, “I don’t know if I can do that.” However Bill says that his goals revolve around his wife. "I want to enjoy retirement with her.” When asked when that might happen Bill responds with a chuckle, “Whenever she tells me". Then he follows up with, "I’ll probably work for another 7-10 years. I love what I do.”

So what does a snapshot of Welch Motors look like? Well first off it is snuggled into Rolling Prairie, a small area of La Porte County, Indiana that has a whopping population that hasn’t quite reached 600. Bill keeps between 20 and 30 cars on his lot at all times and usually sells somewhere between 12 to 15 vehicles a month, which is relatively average in a dealership of that size. He says while laughing,” I’m no superstar in the business.” 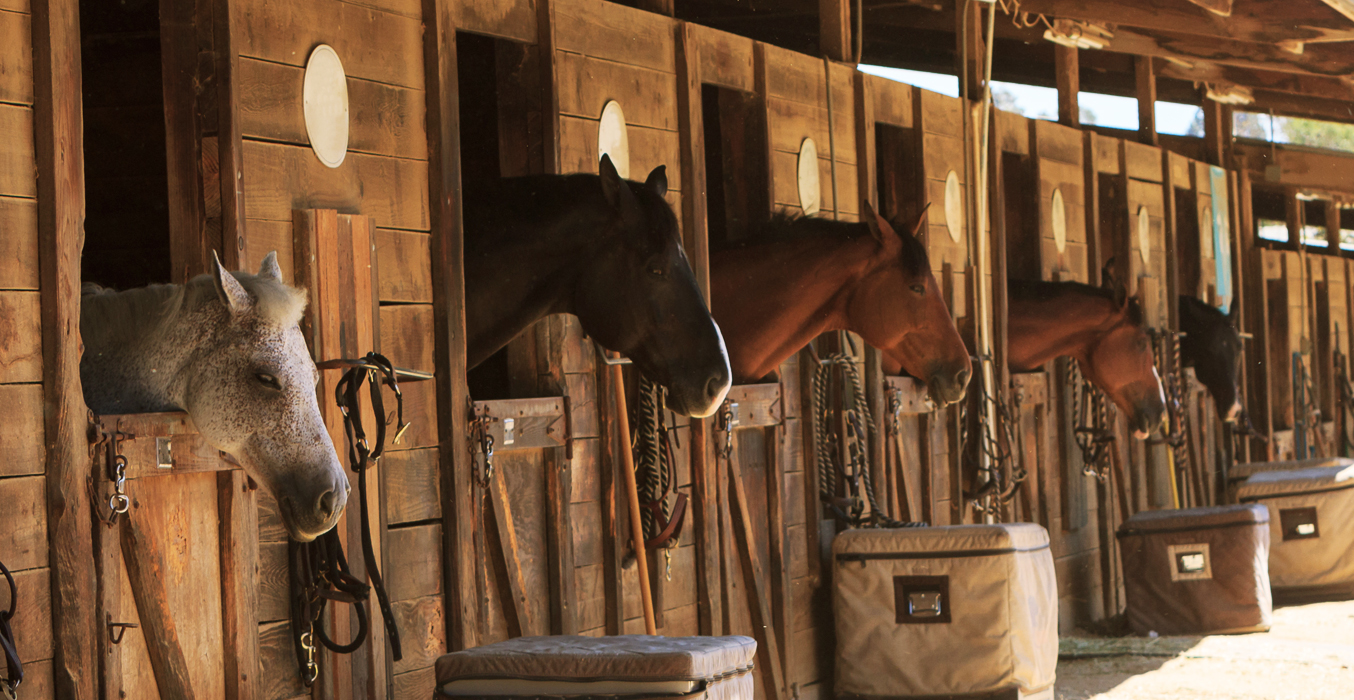 On the personal side of things, not only is Bill’s wife significant in his life but he also admires his three girls. “One of the most important things for me is to watch my girls continue to grow. One of my girls said ‘you know dad, we’ve never gotten pregnant, never gotten into drugs, never been arrested. You should be proud of us.’ Unfortunately, that was my expectation. I’m proud of a lot of things that they have done but the things she mentioned don’t get a gold star. They were expected. However, I will say, I am very proud of them in many ways. They’re great girls.”

Bill speaks of integrity when he speaks of himself and his family. “One thing to me that is very important is your word is your word, your bond is your bond. That’s been the way I have lived my life and the people that know me, know that is true. This is my foundation.”

When reflecting back to his youth Bill also talks about how he has learned what he’s learned. “My dad was a harness horse driver. I was around the track as a kid. I learned quickly how to make money at a young age. I also learned how to hustle (not like take advantage of people but how to work hard) early. I did all kind of things for the guys that worked there or had their horses there. I used to run for people around the barn. If a guy needed his horse walked or if someone would like to buy sodas for the other guys in the barn they would tell me to run for the sodas and they would buy me one too. I always asked if I could just keep the money for my soda.”

One time one of them told my mom
'your boy isn’t that smart,
he always takes the small money'

“Other times owners of the horses would be nice to me and pull out a handful of change and tell me I could take whatever I wanted. I would always take the nickels, dimes and quarters out of their hands but never the half dollars. One time one of them told my mom ‘your boy isn’t that smart, he always takes the small money.’ When she asked me why I did that I told her that the nickels and dimes add up, plus if I took the half dollars I knew in my heart that they would eventually quit holding their hands out. She told me to keep doing what I was doing.”

Bill Welch claims to be a private type of guy. “I don’t want people to know too much about me.” He mentioned how difficult the interview had been for him. When I asked him to share the most important things that he has learned in his life there was quite a pause. Finally he spoke and said, “The one thing that I have learned is to always, always put family first. After that, not much more is important. It took me a long time to learn it but now that I have learned it, I’ll never forget it!” I think Bill is right. That’s a lesson most of us learn, but often not soon enough.