After Nearly 50 Years of Selling Used Cars in Plymouth, Indiana, Mellow, Easy-Going,George Holzwart is Always Ready to Share a Cup of Coffee and a Good Laugh

Antique Motors located in Plymouth started in business as they say, a long, long time ago. In fact, George Holzwart, Sr. was selling cars at the company’s present location, as World War II was just coming to an end. George Jr., who had a very special relationship with his father, remembers bits and pieces of that time. “My parents had so much to do with who I am today. The things they taught you, the way they raised you. My dad was a really big part my life… of course a mother is always special, maybe even more so in certain ways. But I do remember the way my father ran his business way back then. He was the kinda guy that would go visit his customers at their homes. We would drive to their house and sit down and have coffee with them. No big deal to him. He would go buy cookies at Christmas and drive around and take those cookies to customers, every year; and not to get business, but because he really liked his customers. Heck, he’d have customers visit his store and just come there to chat with him for a while. He made people feel special but the fact is my dad was special. My dad was a special guy.” 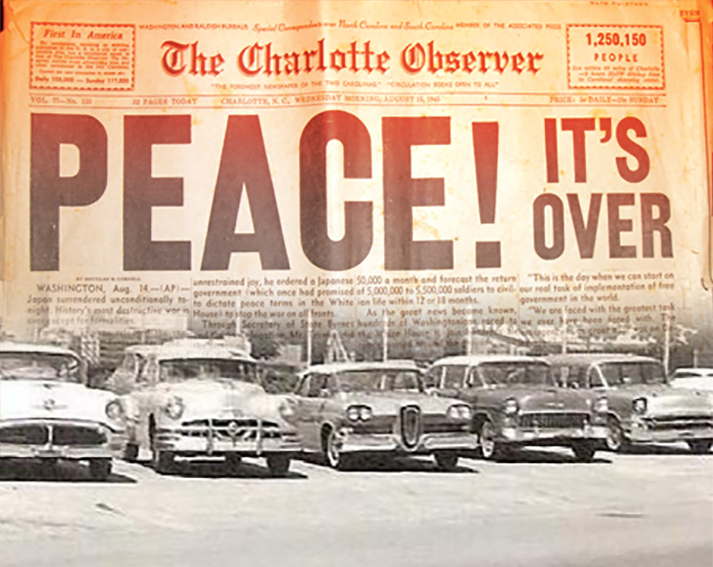 When George Sr., passed away, George Jr., who was not working for him at the time, took over his father’s company. George had a couple of car lots in Plymouth prior to his father passing and when asked why he got back in the business and took the business over he asked emphatically, “Wouldn’t you?” When asked why he felt obligated to take over his father’s company he simply stated, “It’s my father. If you were in the same business I would expect you might do that yourself. It was kind of a way of continuing his legacy.” 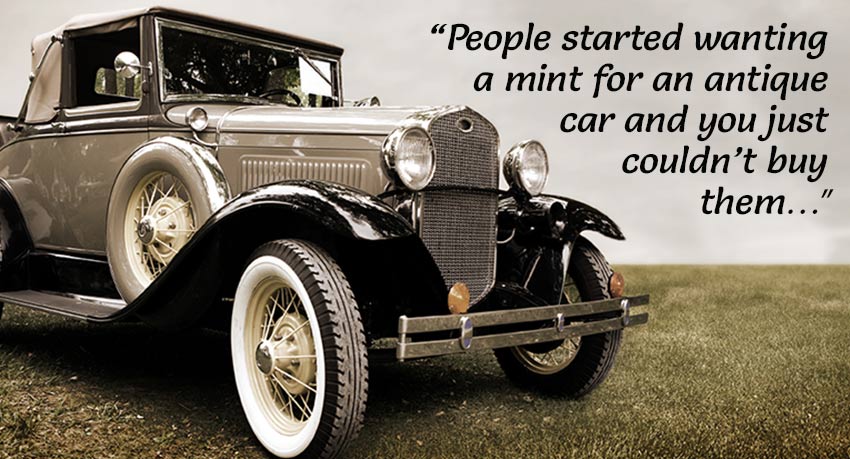 George has been selling used cars for well over 40 years, but at one time he sold antique cars, hence the name Antique Cars which he carried over from one of his previous auto businesses. George explained about the name, “I truly was selling antique cars years ago and it was very fun, very enjoyable. I really enjoyed that a lot, that is until the prices got crazy. People started wanting a mint for an antique car and you just couldn’t buy them and customers weren’t willing to pay that kind of money for them, so I decided to get into the used car business instead. I guess it’s worked out, I’ve been selling used cars now for 43 years, and I still love what I do.”

When asked where he buys his cars George was adamant about his supplier. “I don’t want to sound like an advertisement but I buy most of my vehicles from Greater Mishawaka” he stated. “GMAA is the only auto auction that honestly cares about their customers the same way I do. I probably average buying about 4 or 5 cars a week from them. If I sell more obviously I buy more but I enjoy working with those folks because we have a lot in common when it comes to the way we treat our customers.” George continued, “There’s nobody else like Karen when it comes to running an auction. Her place is clean, well-run, and fair; and she has a great crew. It’s kind of a funny thing but, I’m at the auction and Karen will walk up to me and just hug me. She’s just the sweetest gal you’ll ever find. She’s like me, she really cares about her customers and that’s her way of letting you know. 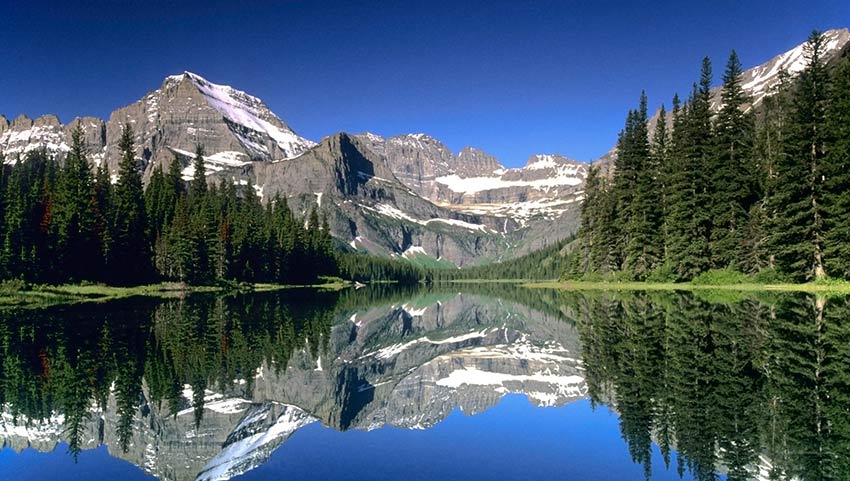 When asked what George does for pleasure he quietly states, “I like to travel. My wife and I travel a lot. We’ve traveled all over the United States, I don’t go out of the country… they don’t like us. I stay here. Trust me, we have plenty of beautiful things to see right here in our own country.” George has been married to the same woman now for 32 years. He chatted about some of their favorite places, “We really like Glacier Lake in the state of Washington. That’s probably my favorite. It’s just so beautiful there, it looks like there’s no water, it looks like its just sand. We enjoy Mount St. Helens, it is truly spectacular. I really like out west. Arizona and all of the states out there are beautiful. Mostly we hike and go sightseeing, that’s what we really enjoy.”

However before the next question about traveling or other hobbies could be asked George jumped back in with, “Of course my business is my pleasure. I really enjoy the car business so I guess you could say that’s my real hobby. This business, this is my hobby. I really like people.” When asked who his target audience was he stated without hesitation, “I sell cars to a lot of younger people. Usually I sell cars for under $8,000 so for them that’s a good fit. I like to help everybody, especially younger people and by selling cars in that range I can help a lot of people.” When asked about the challenges he sees, George talked mostly about the economy and the work ethic of many millennials. The biggest problem I see today is the economy, it’s horrible. There are a lot of people walking the streets down here in Plymouth with no jobs and nothing to do. This economy, over the last several years has hurt us all, but especially hurt young people. Of course the economy has had an effect on me before but today is different, a lot of people want to work but can’t get a job. Add to that the fact that there a lot of people who just don’t want to work at all. They want something for nothing and that’s gotten a lot worse over the last few years as well. People want a car but they can’t afford it.”

George plans to keep doing the things that he enjoys, traveling and selling cars. I love what I do, I really enjoy sitting down with people. I like people to come in and just talk with me, laugh with me. The car business just goes along with that hand in hand, I care about making money, but I don’t care about it, if you know what I mean.

What I like is the interaction with the people.” Well I’m pretty sure we know where George Jr. got that from, it seems to run in the family, however when asked if one of George’s two grown boys has any interest in the business he gave a quick, simple response, “No.” As we were ending our conversation I asked George how he wanted to be recognized by people. In his very humble, soft-spoken voice he said “That’s a great question, I would have to say I would like people to realize that I’m fun to be around, that I’m always positive. I want them to say ‘if I’m in a bad mood George will put me in a good mood. George is always good for a laugh!’ I want people to know George likes to make people feel good. If you can get a laugh out of people you can probably make their day.”

Well George, you got a laugh and a couple of smiles out of me today. Today was a good day. Thanks.