John Ferrill didn’t get into the auto business like most of the folks in the industry have. According to Ferrill, “Most people were either born into this business or they went to work for a dealer early in their careers; and then later opened a dealership of their own. My situation was quite a bit different, I started a bait and gun shot in LaPorte way back in the day. I was selling fishing reels, bait, bows and arrows; and of course guns. That was all fine and good until this handicapped guy that came in and he started talking about needing to sell his car. That got my interest. Here I am sitting around the shop and it kind of hit me- it takes as much effort to sell a fishing reel as it does to sell a car. And there ain’t much profit in a fishing reel. I took an interest and ended up selling the car and making a few bucks and I thought, wow, I could do this.” 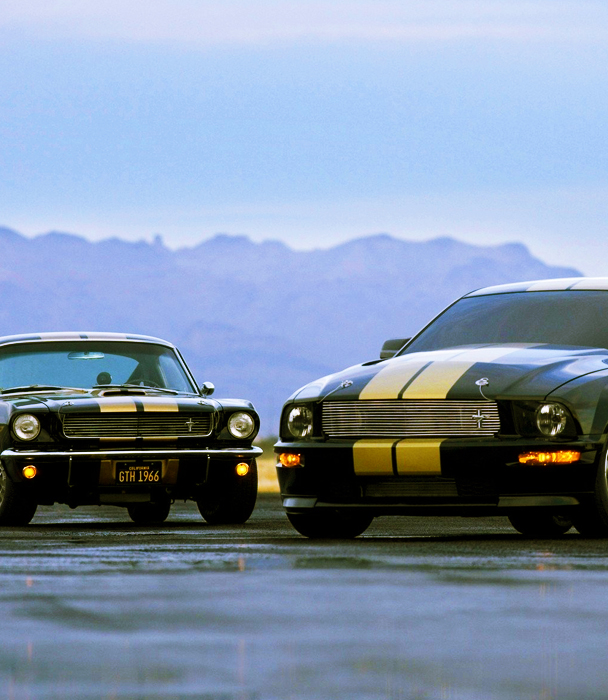 As time went on John continued to weigh his options. “I thought about it pretty seriously.” John recalled of the experience. “After 6 months or so I was head first into the used car business and my bait & gun shop kinda took a back seat. In fact I ended selling it to my brother who kept it for many years.”

It was 1976, our bicentennial year, and All Star Auto was born. John reflected back on the beginning of his new venture. “That year I think we probably sold in the vicinity of 75 -100 cars (we started in June of that year). Today we sell on the average of 400 cars a year. It was a pretty good start though if you think about it. As time has gone on I’ve kind of focused in on who my customers are and what they want. Some things have changed but my customers are pretty much the same. Most of them are local and we get a fair amount of repeat business.”

Ferrell says that they have gotten to the point where they were investing too much money back into older model cars. “One of the things that have certainly changed is how old the cars are that we sell. We’ve come to realize that if we want to make money we needed to focus on selling newer model cars, so that’s the direction we have taken more recently. We’ve really changed the balance of our inventory which has worked out well. In fact, a lot of the cars we sell have remaining warranty.” Ferrell claims that his strategies have changed and that he feels even better about the direction that company is going in. “We are selling a lot of really nice, low mileage cars, today. If you’re going to sell cars and survive in a small town like LaPorte you better do it right because of the word of mouth, good or bad. That’s if you want to stay in business. Besides that, it’s a lot more fun selling a car to people that you feel confident about. 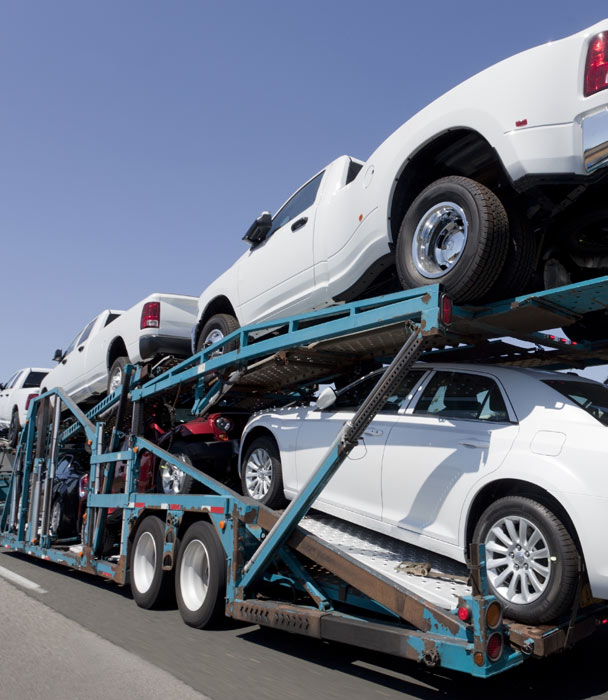 Today three of John’s children work at All Star. At one time all four of them worked there but one of them has since moved on. “My one son, Jack, opened his own business. He’s still in the industry but not in used car sales side of the business. He actually hauls cars all over the region for other dealers. Every once in a while he runs cars to Florida or other states quite away from here but the majority he’s home every night.”

Tony Ferrell, another of John’s sons, went to Northwood University in Midland Michigan where his main studies revolved around automotive related subjects. “The main focus of the university is automotive.” John stated regarding the college. “The NADA (National Automobile Dealers Association) actually has a hotel there. Needless to say they’re very serious about the automotive studies and furthering education in our industry.

The younger Ferrell wanted to expand his knowledge of the automotive business and now is back working with dad. Tony graduated from Northwood in 1996. It’s obvious when speaking to John that he is proud of his children. “Tony does a great job here. He is basically our General Manager. He does most all of our buying which is very important. If you can’t buy right you can’t sell right. There are so many factors that go into buying the right cars but Tony has a special knack for that. He also does the general overseeing of the entire business. He’s just a talented guy, always has been. He was also a very good baseball player and played on the Northwood Baseball Team. I’m pretty fortunate, I have great kids.”

John also has two daughters that work at the company. “Marty is in sales here. She is your super sales person. In fact she’s our super-star sales person. What makes her good is that she is truly a people person.” When asked what makes her so good John stated. “Well, maybe you oughta come here and buy a car and find out.” Looks like Marty gets her people skills and wit honestly.

John also talked about Kelly, another of his daughters. “Kelly is behind the scenes. She’s the controller, type A personality. With her everything is in order, all of the time. It gets in order and it stays in order, especially when it comes to all of the paperwork that’s in this business anymore. There’s just a lot of compliance anymore in this industry and Kelly understands that side of the business. When it comes to continuing education she is very big on it.” Kelly is a Certified Master Dealer which is someone that has a special certification that is given by the National Automobile Dealers Association. Presently there are only a handful in the country. 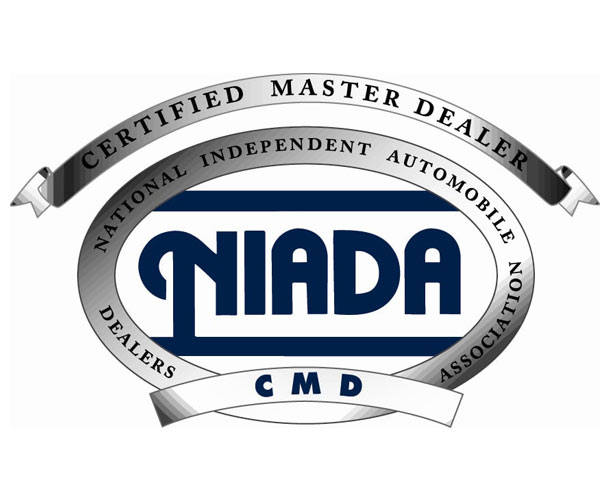 All Star seems to have tasted success, at least in part, due to the variety of talents and interests that each of Ferrell’s children bring to the business. “Each one has their own niche and they all work very well together. And they all handle different areas of the business All the kids are equal owners so they pretty much have equal say in things.” According to the proud dad, that is a big part of why his machine works so well.

“Actually I should have turned more control over to them a couple a years ago.

My kids do a lot of things better than I do.

And they certainly understand the technology better.”

John, who is in his mid seventies, talks about the changes in the industry that he’s experienced including that scary word, technology. “When I first started you went to the auction in person. That’s the only way you could buy cars. Today, because of technology we buy most all of our cars over the internet. For me it’s a big advantage to purchase over the internet. It keeps you at your business. That’s my job anymore is to sit here at the computer and search the cars we want to buy.

John talks about retiring but he says that so far he just can’t quite bring himself to that point. “I like what I’m doing and coming in keeps me going. It helps to have a passion for what you’re doing. It’s hard to get rich in this business in a small town. I’ve given up on that a long time ago. But the business certainly supports our family as well as five other employees. So for the time being I’m going to sit back and enjoy what I’ve enjoyed for so many years.” 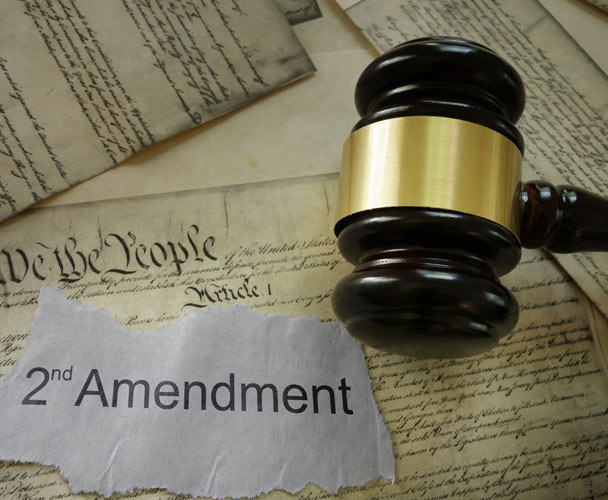 When it comes to the future of All Star Ferrell says there are a lot of challenges. “Overhead keeps creeping up, compliance keeps expanding. I hope that Trump does what he says he will, reduce compliance, keep jobs here and generally just make it easier for small business to stay in business. What Trump has done is give people hope. Hope that we can actually clean up politics and get rid of some of the overwhelming corruption that is in politics today. I suppose it’s gone on in politics forever. I think that we need to look back at our roots.” John is adamant about our governing documents and what they stand for. “I’m a very strong advocate of the 2nd amendment. I feel strongly about that amendment. I feel strongly about the Constitution as a whole and hope we can protect it. Unfortunately people don’t understand that crooks are going to have guns. They’re not giving them up. They’re outlaws. You can rest assured they’re going to keep their guns and they are always going to be able to steal them or get them illegally somewhere. They don’t need a permit. If worse comes to worse and they want a gun bad enough they’ll bop a cop over the head and take his. Or they’ll get them from a foreign country. It will be a new revenue stream for the cartels if our country ever bans guns. We just need to apply more common sense to the way we think and we’ll be okay.”

"Doing business in LaPorte is...

"Doing business in LaPorte is not like doing business in a big city", Ferrell says. “You have to experience the way we do things here, it’s more like Mayberry than Chicago I can assure you. If you’re in business for 40 plus years in a city as small as LaPorte you’ve got to do things right or the word will get around and you will not be here. I think we’ve done it right and of course our goal is to continue doing things the best we can.

After all of these years in business and 75 years of just walking around the planet and applying some good, old-fashioned common sense, maybe we should listen to the likes of John Ferrell… and his All Star family.