The Continuing Story of John Oliver

What truly makes a business successful? Is it the employees? Maybe it’s the product that the business is selling. Or could it possibly all just be luck? We agree, all of these factors could be considered as to how successful a business may be or may become. However, without the backing of proper management through care, devotion, blood, sweat and tears, no business is going to work regardless of how lucky the person or great the brand. Now, having said that, we could assume that you have heard of Oliver Ford-Lincoln in Plymouth, Indiana. We think that it’s safe to assume so because they have one of the most prestigious and professional names in the Michiana car community. But that doesn’t have much to do with luck.

Let’s take you back to 1955 when the televisions were black and white and the camera angles had to be from the hips up. John Oliver Senior was working for Allen County Motors in Fort Wayne, Indiana for a man by the name of Richard (Dick) Bowlin. Allen County Motors, at the time, was one of the largest Ford dealerships in the country, being just about as significant as Rosa Parks refusing to give up her seat to a white man, which just so happens to have occurred the same year! Senior decides that he is ready to open up his own dealership but also is a enough of a realist to acknowledge that he doesn’t have the money for it. After being denied a loan from the bank, he decided to go to his boss, Bowlin, and ask for the money with some leverage. Oliver explains that if he cannot pay him back every cent of the loan within three years, the new dealership would then be his boss's. Bowlin agrees and, just as he knew he could, Oliver pays him back every cent of the loan within those three years.

And this is where the story begins…

Of course, you might imagine the story goes on that John Oliver Senior turned his business into a success story, selling cars to dads, sons and grandchildren then passing the company down to his own son. If this is your initial guess, you would be absolutely right. Oliver Ford-Lincoln’s triumphant story wasn’t written overnight but it sure did happen faster than most people in the community could have expected. Senior and his son, John (Jack) Oliver, took the company and made it into their own personal and ultimate passion. Today, Jack Oliver and his son, John Oliver the Third, are running the dealership with their victorious characters and prestigious morals, making it one of the most well-known auto stores in Michiana.

John Oliver the Third, who has grown a second heart for Oliver Ford-Lincoln, stands proud with his employees and his customers, viewing them as quite the second family. He looks back on a time, (the best time of his life he recalls), when he, his father and his grandfather who started the business worked at the dealership together. Senior would sit in the middle of the showroom and do nothing more than read the paper, pickup the mail and talk to customers and staff members. “It is such a good memory for me to reminisce on, having three generations of us there, working hand and hand in the legacy that we had all built together. We are in the people business, we just so happen to sell cars while doing so; but being together is what made it all so special to me. And I’m sure to them, too.”

The shop had a subliminal shutdown the day they got the devastating news that John Oliver Senior passed away. He was a true fixture at the dealership, a one of a kind, and it seemed to change the entire atmosphere for awhile. But, as things slowly got back to “normal”, John the Third reminded himself that being surrounded by the ones you love the most is a motivation in itself to keep going, no matter what tribulations life passes along to you.

John believes that a stable, safe and superior work environment
is why their company has been so successful for over 60 years.

“I have always looked at this business differently than I believe most employers do. I have 35 employees which means I have 35 families to care for. Selling cars is what we do but I have always felt that it was my responsibility to not only provide my employees their wages, but to deliver the best quality of life to each and every one of them.” John believes that a stable, safe and superior work environment is why their company has been so successful for over 60 years.

The Oliver’s may have been dealt a lucky hand and maybe they even penetrated the auto industry right at the exact moment that they should have, but their attitudes are what has kept their engine running properly all these years. John Oliver the Third, quoting him directly, said it most perfectly:

“You determine your attitude everyday that you wake up.
Your surroundings don’t make you. You make your surroundings what they are.
Sometimes you have to put on a smiling face even if it’s not a smiling moment, but it impacts everyone around you. 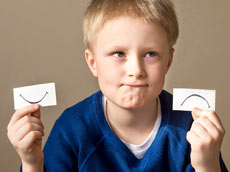 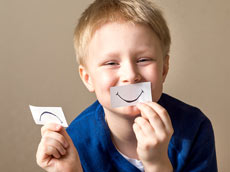 “Decide what you want to do,
find the right attitude to match your goals
and then go for it.”