Kevin Johnson started in the auto industry before it really set in that he was in it. Like many other auto dealers, Kevin followed in his father’s footsteps; and like many others, both his professional and personal lives have transformed around it. His four children, Devin, Dustin, Demi and Dillon have also been raised inside of the car industry at some point or another; and, just as their father, three of the offspring (Devin, Dustin and Dillon) also work at Kevin’s company.

Kevin’s father, Ron Johnson, founded his new venture, Budjet Cars, in Michigan City, Indiana. “That was a long time ago,” Kevin recalls fondly. “I was naturally drawn to the business opened and ended up going to the lot almost daily. When my buddies were out at the movies or out with their girlfriends, I was hanging with the sales guys at the store. I didn’t realize that I was indirectly learning the ins and outs of what would soon shape the rest of my life.”

Ron had worked the business for years before Kevin really took an interest in taking things over. “At that time my dad didn’t seem too interested in any renovations or remodels for the location.” Kevin recalled. “He was pretty much content with keeping the business as it was. I literally begged him to add more cars to the lot or to just get new blacktop for the lot but I was never really successful in talking dad into those type of investments. It was just the way it was.” 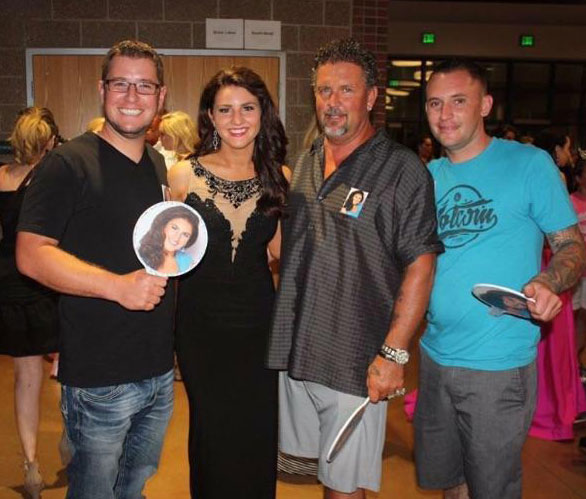 Kevin and his 3 children Devin, Dustin and Dillon

After Ron passed away and Kevin found himself steering the ship, the younger Johnson didn’t waste a lot of time before instituting new programs and improvements. He shifted into overdrive and stepped on the gas. “what I did was to shine the place up and I gave it a total face-lift. Before long, the facility was transformed into an entirely new facility and workplace!” The next thing Kevin would do would be to increase inventory which obviously meant better selections and potentially more customers.

“If I could change one thing in this life,it would not be how I raised my kids
or me wishing that I had gone to the gym more often than I did.
It would be to bring my father back to life for just one more day.
Just one, so that he could see what I’ve made of all of this; made with everything that he left to me.”

With more cars and a brand, spanking, new look, Kevin was feeling extremely proud. Things seemed to be going very well, and as things often happen in the auto industry, another lot came available. “It seemed like it just kinda fell from the sky and landed right in my hands.” Johnson stated about the opportunity. “Here I am growing my existing lot and out of nowhere I was opening up a new lot.” This was the beginning or KarMart, a new business for Johnson, but he would take a similar approach in the management and philosophy of the business. Why change something if it ain’t broke?

Kevin claims that still, after over 30 years in the industry, he literally cannot wait to get out of bed in the morning to start his day with the cars. This enthusiasm for the business is undoubtedly one of the key ingredients that has contributed to his success. People that know Kevin, including those in the business claim he is one of the most driven go-getters in the industry. However, those who know him more intimately say that among his positive traits, one that stands out the most is the kind of father that he is; compassionate, loving and understanding… something Kevin claims he learned this from his own father.

That has more than likely been one of the reasons that Kevin’s family life appears to be just as successful as his professional life. He cherishes his four children and maintains a very close relationship with his now ex-wife after 33 years of marriage. “I’m still great friends with my ex-wife. We raised four amazing children together. I mean, after all of that love in our home, how could we have not stayed friends? We are so blessed, in a world of giving in and throwing things away, that we were able to successfully raise a full family of four children who, to this day, are all happy in their lives, triumphant with their jobs and continuing each day to work towards a brighter tomorrow.” 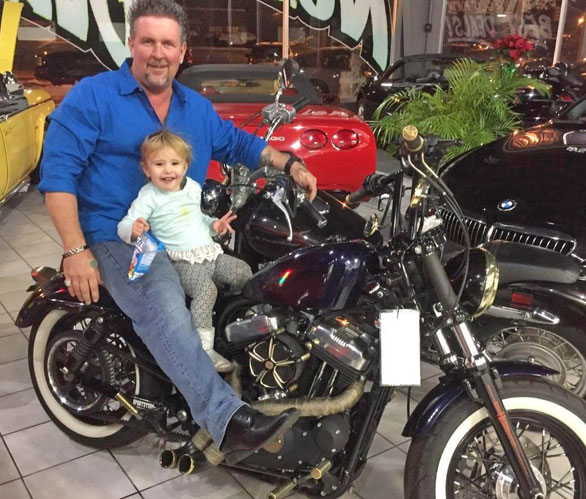 It comes as no surprise that in his off time, Kevin’s biggest hobby is vehicle related. He has a fascination for motorcycles, one type particularly “I dig Harley’s.” Johnson says without hesitation. “They have always been one of my greatest passions. So far I have collected over a half a dozen of them. I don’t want the Indians or the Ducatis or Suzukis. I just want my Harley’s, I love em. That’s just another one of those things that I live for.”

After all of the success in Johnson’s life, it’s funny to look back on what could have been early on in his years. He never doubted what he was going to do. He knew he was going to own a car lot just like his father, Surprisingly, some people that knew him in his early years believed he was not likely to succeed. “Even my teachers would tell me I’d never amount to anything”, Johnson recalls. “I think it was because I just wasn’t interested or at least passionate about other things.” However, when you talk to people that know him personally, they have quite a different opinion today. “Kevin is a remarkable guy with all types of talent, and certainly one of the most passionate guys I’ve ever met, especially when it comes to the automotive world.” Says Rich Newenhouse, owner of Great Deals on Wheels (another used car dealer in the Michigan City area). “Passion kind of exudes from Kevin.” Newenhouse continued as he described Johnson who has over the years become one of his close friends.

Kevin says that one of the most satisfying aspects of his life today is a little ‘I showed you’. “One of my favorite things in the world are the days that I’m at work and one of my high school or junior high school teachers come in and they want to buy a car. Then they find out I own the business. Inside I have to have a good laugh with myself. I have to admit, that’s one of those things that remind me that I’ve succeeded in my life. I’ve been able to prove to those who doubted me and thought that I would never make anything of myself. I get a little chuckle as I think, look at them, buying cars from me!”