“Of All The Things I Love, My Biggest Passion Is People”

“I started out in the business.” says Larry Raines, “My dad was somewhat of a mechanic, after dinner he would go out in the garage and work on cars. He always worked on the side to make a little extra money for the family. I was about 8 years old when I started venturing out into the garage as my dad worked away but he really didn’t let me help him out until a couple of years later. That’s when he recognized I had a passion for the mechanical side of things, so eventually he let me stay in and help him.”

According to the younger Raines, his dad was always making something happen. “I remember at one point, I was probably about 10 years old, these guys came into the house and started taking away our couch and chairs, and then our coffee table, and I asked my mom, "What’s going on?" I’m asking, "did we not pay our bills, or what?" My mom said ‘No… your dad traded it for some car’ and low and behold, I looked out the window and these same guys were pushing this '65 metallic blue SS Chevelle down the street and right into our garage. Here we are with no living room furniture and here’s my dad out there working on this broken down car. I mean it was beautiful, but it didn’t run. I remember him working on that thing when I went to bed, and the next thing I know I’m waking up in the morning to the sound of this muscle car starting up. By the way, it sounded incredible.”

Larry’s recollection was that his father knew exactly what he was doing. “These guys knew that their car was broken down and they thought it would never run again. I guess they had worked on it so much that they ended up breaking the timing chain and they assumed that the entire engine was toast. They didn’t realize what the real problem was, but my dad knew. So here are these guys originally thinking that they pulled a fast one on my dad. At least that’s what they thought, until he fixed it. Once they realized that their (his) car was fixed, they got really pissed off. My dad was a trader, man… he was something else.” 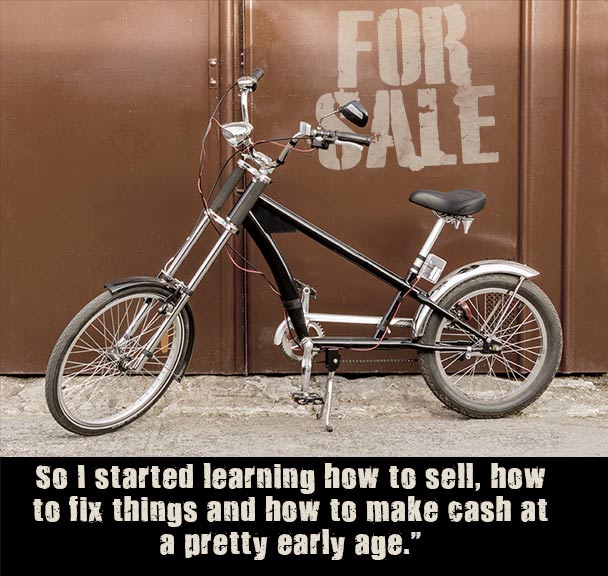 It wasn’t long before the young Raines was walking in dad’s footsteps. “By the time I was 12 years old I had learned how to weld. I was taking forks off some of the kids’ bikes in the neighborhood and I started making choppers out of them. It wasn’t long before all of the kids in the neighborhood wanted choppers and I started making myself some money.

So I started learning how to sell, how to fix things and how to make cash at a pretty early age.” 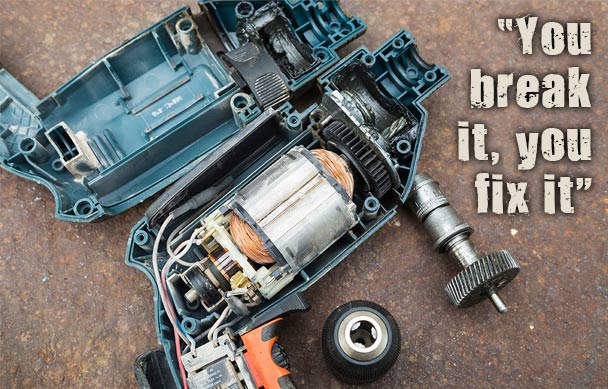 Fortunately for Larry, his father taught him some valuable lessons by using pages straight out of the ‘school of hard knocks’ textbook. “One thing I’ll always remember about my dad, he always told me if you take 10 bolts out of something you have to put 10 bolts back. He always said if you break it or take it apart you need to put it back together yourself. And he wouldn’t help. He would say ‘The only way you can learn is if you put it back together or fix it yourself.’ He was right; I learned to fix all kinds of things and/or put things together.

To this very day I believe that learning to do something yourself is by far the best teacher.”

Later in life Larry’s father and mother divorced. Together Larry, his mother and older brother (by about 8 years) bought Elkhart Muffler & Automotive. “After mom and dad got divorced, the three of us, including my older brother decided to purchase this auto repair company in Elkhart. This was back in the late 80s. We started working together and built the business little by little. We had some really nice equipment including a couple of tow trucks. Over time, every once in a while someone would drop off their cars to get fix but they wouldn’t pick them back up, or sometimes they couldn’t afford to pay for the repairs so they just left them with us. Well, we had time and money in the repairs so I decided to start selling them.”

“Next thing you know we were repossessing cars for other people which meant we had to tow these cars. Every once in a while we had to tow them back to our shop and sometimes they needed repair and the companies that we repossessed for would tell us to sell them.

Anyway, after a while we were fixing cars or making deals to buy them cheap. Eventually we were in the used car business.” 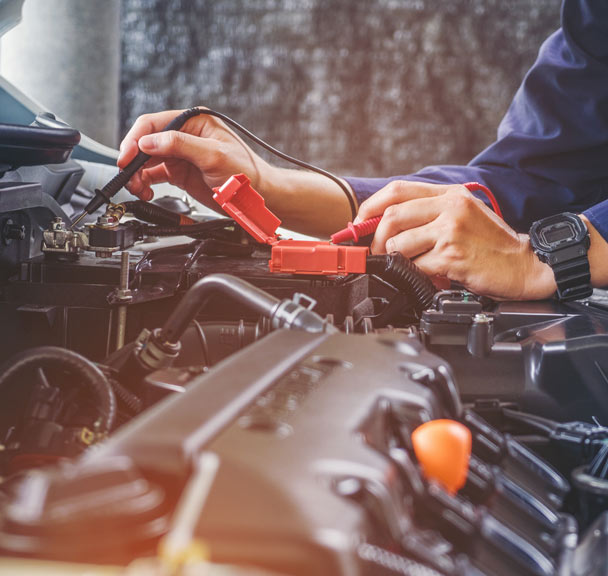 While it was an atypical way to get into the used car business, it was a natural next step for the Raines family. It fit right into everything else they were doing. “My older brother is a master mechanic; he was absolutely amazing when it came to mechanical things. He wasn’t great with the business side of things but amazing at the mechanical side. In fact, by the time I turned 25 years old I hired him to come to work for me. Not many people could fix a car like he could. Like I said, he was not so good at running a business so our relationship made a lot of sense.” Larry continued with his next business step. “So I opened my first business, Save A Lot Auto Sales, which is when my brother came to work for me. I kept the business for about 10 years.

I met a lady after several years and the two of us really grew the business. Unfortunately, we had a major falling out and I eventually walked away from all of it… everything. 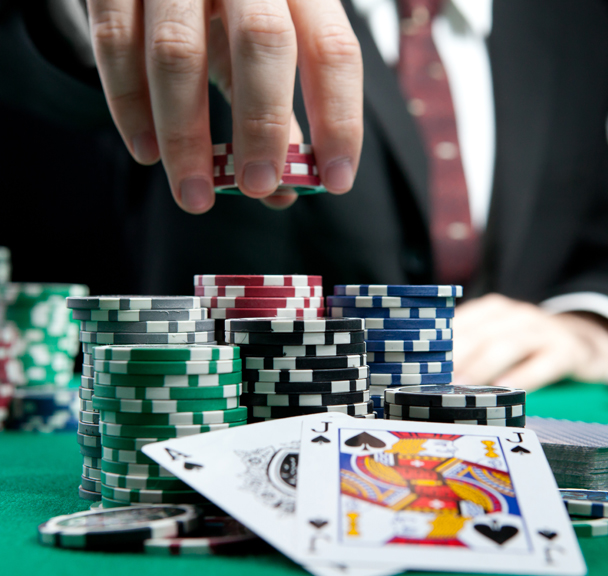 After that, Larry made the decision to get serious about repossessing cars. He also got into the real estate business but that wasn’t enough for him. “There was always a void in me; I wanted to get back into the used car business. I really had this burning desire to have my own car lot again. I ended up staying in the real estate and repossession business for about 3 years before I was finally able to start up my own dealership again. That’s when I started Raines.”

It was 2004 when Larry launched Raines Auto Sales Etc, LLC. He says he felt like it made him whole again. “I felt like I was finally achieving something again. I love everything about the used car business… especially the auctions. I have such a passion about auto auctions. I love the excitement of the bidding and the auctioneers chattering. I enjoy watching grown men after they get caught up in the bidding and they know they got in too deep, or watching other dealers make a great deal. It’s all a gamble man. It really is.

"The big difference between gambling at a casino and gambling at an auction is that when you gamble here at auction, and you do it right, you can make a damn good profit on it. When you leave a casino you’re almost always going to walk out broke."

Here, you can walk out doing very, very well… if you do it right.” 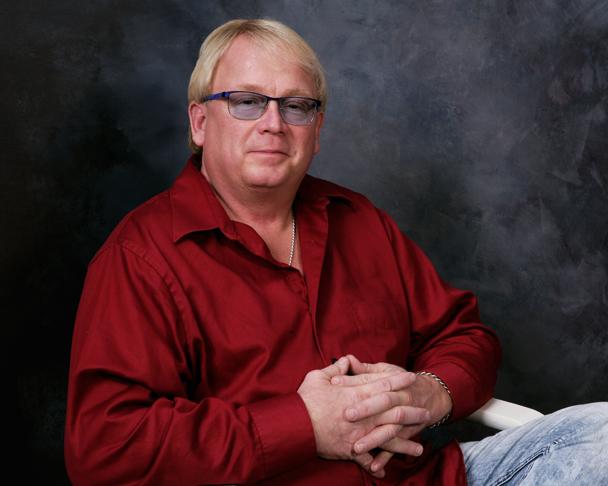 “For me, there is nothing like the high that comes from going to an auction and getting involved. Oh man, I get such an adrenaline rush from going to the auction! I can’t even explain the excitement.

To me it’s my passion. That’s one of the main reasons I love this business so much. You can lose or you can win, but it’s always going to be a blast!” When asked what his car footprint looks like he said that he really prefers to showcase the low end cars. “Most of our cars are in the $3,000-$4,000 range. We are moving up with the cars a little today so you’ll see some higher end stuff but I prefer the lower end. You gotta be careful and stay on top of the ones that cost a lot more. If you lose a car (if someone doesn’t pay you), you got a problem. Sometimes when that happens you can take a pretty big hit. We are selling more expensive cars now, but we’re pretty cautious about them. You need to be on top of the business if you want to make a good living in the used car business. You have to understand the business, your customers and your products. If you do that you can make a real nice little profit in this game. “

It seems as though Raines is quite content with where he is today. He still dabbles in the real estate business, as he says, “Real estate has been really good to me, so it makes sense to stay and play in it.” And he says he will always stand by in his philosophy of helping people.

“It's the thing that I want people to know, that I care about them. I love people. I have a passion for helping people... and I really dig it. I don't mind getting my hands dirty to help someone.

I’ve got a pretty good net worth and it’s all self-made, but when it comes down to it, that doesn’t matter. All that really matters to me is people. That’s my real passion… people!”