“We’re either going to leave the keys on the top of the desk tonight when we close up shop, give up and walk out of this business forever; or we’re going to start from scratch and rebuild this company all over again”.

In 2008, Raul Dominguez Jr., owner of Apollo Motors in Chicago, almost threw in the towel. “I said to my dad, who got me into the car business in the first place, I’m not sure if continuing to fight this failing economy is worth it. But we did. We kept fighting, and look where we are today. Selling cars daily and having fun while doing it!”

Raul’s father, Raul Sr., started an automobile repair shop when Jr. was just a kid. At this point in time, Raul Jr. took a liking to law and decided that one day he would become an attorney, unlike his father who worked in the auto industry. However, in high school, Raul Jr. started a job at a car dealership for some spare money, cleaning and fixing cars as they passed through - often doing the dirty work that the other employees didn’t want to do, per say. As time advanced, Raul was promoted into a sales position and was learning more and more about cars each and every day during his summer breaks.

After high school graduation, Jr. decided to take on his childhood dream of becoming an attorney and run with it and off to Law School he went, still working at the dealership when he could to pick up extra cash. By the time he turned 22, Raul was promoted once again within the dealership, this time to General Manager. The big difference now was that the young man had a Bachelor's Degree in Law stuffed in his pocket. However, he was earning a whopping $90,000 a year at the dealership, which at that time was a huge amount of money, the kind of money his family only fantasized about. So, he made a decision that at this point in time he would put his law career on hold and continue in the auto industry. It seemed to be the only logical choice considering he was making money that he never dreamed of for that age. 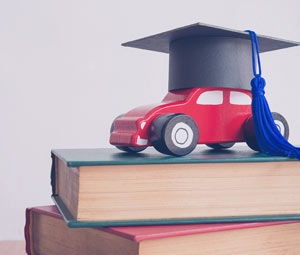 Time went on and things continued to get better and better for the young man. As his income grew so did his ambition. “I remember when I told my dad that I wanted to open up my own dealership.” Raul recalled, “I was a bit surprised at his enthusiasm when he said ‘pick a location and let’s go!’. He was thrilled at the idea. It was the most exciting feeling knowing that I was starting a business in a field that I loved and had the true support of my entire family!” And soon thereafter Apollo Motors was born.

Raul and his father say that laughter and joy have been an important part of keeping their business alive and once you get to know the two a little you realize that there aren’t too many folks who laugh harder than they do. “Having fun is what has brought us the majority of our success,” Raul says with a big smile, “We know that if we work hard, we get to play hard! I don’t think anyone has ever played harder than the two of us!”

“For us the auto business got good. Really, really good.” Raul shared as he recalled the early years in the business for Apollo. “We were dropping $50,000 in one night at the casino and thinking nothing of it. You have to remember that at one point we had nothing. Then suddenly we were making stupid money. I went out and bought pure-gold water faucets for our homes just because we had money to burn and didn’t know what to do with all of it. And we didn’t know what to do with it which was really too bad for us. We (the Dominguez’s were living our lives in a lavish style. We had fun, maybe a little too much fun at times, and things kept going that way for a long time. I can’t even tell you how much money we made… or how much money we blew.” 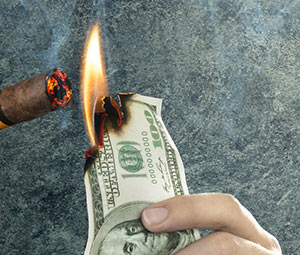 I went out and bought
PURE-GOLD WATER FAUCETS

for our homes just because

WE HAD MONEY TO BURN"

The dream had become a reality for the Dominguez family. They had every material thing they had ever dreamed of and a lot more. That was until the economy buckled out from underneath them in 2008. “2008 was a time in our lives that we had to reconsider everything. The bottom dropped out and it only got worse for the next few years. We didn’t want to give up but some days it felt like we had no other choice. We had lost our lavish lifestyle and most of the material things that we had become accustom to. This was a bombshell. We went from having nothing to having anything we wanted… and then it was almost overnight, we lost it all. It was hard to motivate ourselves to go to work knowing that no matter how hard we worked it seemed like we only went deeper in the hole. Nevertheless, we just kept stepping forward, one step after another until we walked, or should I say crawled out alive.”

The ordeal was valuable for Raul though. He says it taught him, his father and his family to appreciate things a lot more, not to take anything for granted because tomorrow it may not be here, it may not exist. “We learned such valuable lessons.” Raul says. “We are very thankful for what we had, what we experienced and even more so for what we’ve taken away from it all. Even though times have been inconveniently demanding, I still have the health of my wife, my three kids and my two parents. I’m so blessed to still have my parents here and work with them every single day. That’s what I’m most thankful for.”

Raul Jr. and Raul Sr. work together, hand and hand, everyday whether it be running cars from the dealership or relaxing and spending valuable, personal time together. They have worked simultaneously for almost 30 years now and are still enjoying each other’s company. They get things done, they goof off, they toil and they let loose, the perfect combination for success.

Raul claims that he is happily married and has been so for 33 years. His wife and 3 children are the center of his life. “My wife and kids are absolutely beautiful”, says Raul, “they are indeed what I live for.” Jr.’s wife, Nita Dominguez, and his children, Alex, Ricky and Crystal, have experienced the highs and lows from the business and, just like their father seem to overcome obstacles and rise to the occasion. Raul has the honor of sharing his triumphant legacy by employing his eldest son, Alex, at the dealership and is grateful for every second they are together. While Jr. and his father are out playing most days, racing one of the two Corvettes that Jr. cherishes, Raul has Alex tend shop so that he can also learn the ins and outs of the business just as he had done 40 years prior.

When asked about the regrets that he has in life Raul went silent for a brief moment. Digging deep into the back of his darkest hours, he finally opens and mutters quietly, “There have been too many times in my life when I said ‘maybe’. Maybe we’ll set the keys on the top of the desk tonight when we leave and walk away from this business forever. Maybe we’ll have more kids. Maybe we should go on that family vacation we’ve been talking about. Today, maybe is an ear-splitting word to me. If I could do it all again, I would do everything that I did do but I would do everything that I didn’t do, too”.

It’s an incredible task to really devote yourself to anything, but especially all things, as Raul strives to do. With no more “maybe’s” in his vocabulary and a lot less worrying in his life, Raul has found that he has a lot more passion for the things that matter the most to him, his family.

“If I was the last person on earth, I would say I would just be lonely; I would lose my mind. I despise being by myself and I think that’s another reason why I take family time so seriously. I have worked hard and I have failed. I have been beaten down, gotten back up and then been knocked down again. I have never been defeated. I have worked hard and I have succeeded. I am a grateful person, being one of the lucky ones. I have never lost anyone too close to me or been neglectful as a father. Although my life hasn’t always been trouble-free, God only knows that it has been turbulent at times, I am grateful for the life that I live every single day.”

Raul Dominguez can teach all of us the simplest memorandum in living - no matter what life gives you, make the best of it because the only person who can change your point of view … is you and God himself.