Keeping up with Rusty

It was 1974 and the average American made $8,034, Richard Nixon was about to become the first U.S. president forced to resign from office and the price of gas jumped to a startling 55 cents per gallon (due to the ‘oil crisis)’. This year was also the beginning of a new life for a humble family from South Haven, Michigan, the McFaddens. This was the year that Red McFadden decided to take a leap into the world of automobiles via launching his very own dealership, McFadden’s Friendly Motors. Fast forward nearly four and a half decades and the used car dealership still operates in South Haven, and they do so with the same morals the company was founded on, according to Rusty McFadden, Red’s son. “Give people what they want, they’ll give you what you need.” 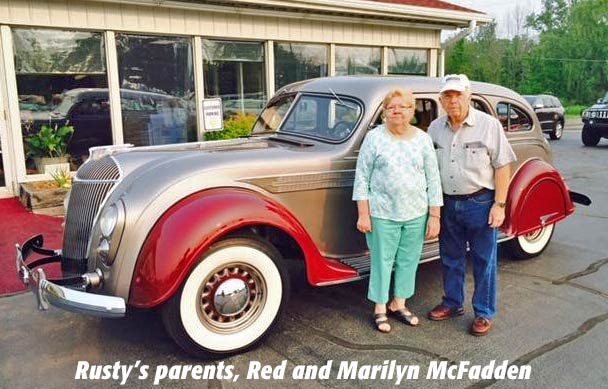 Today, Rusty and Red co-own their successful dealership… and enjoy every second of it says Rusty. “It’s easy to get up every day and to go into work when you love your job and get to work beside your father all day long. There’s not much more in this world that I could ask for, except maybe a bit more play time, you know, fishing and hunting - taking the kids out on the boat - that's what I truly love. That's my passion." 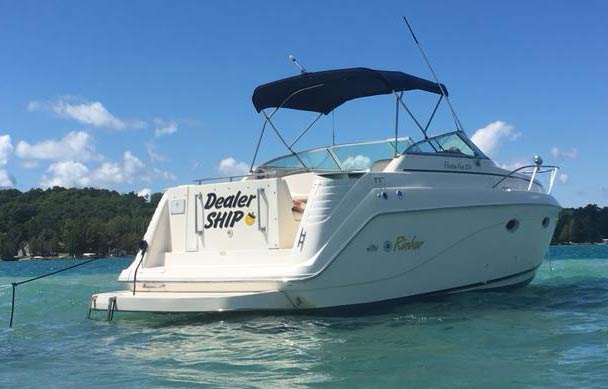 A leisure, brisk dawn with the fiery orange sun just above the horizon joins the water with a 27-foot Rinker Fiesta Vee lake cruiser (longer than Earth’s largest recorded great white shark). A whip of the wrist and a cast of the line, Rusty and his children are welcoming the new day with a game of skilled fisherman-ship, hunting for bass, walleye, perch or anything else that decides to snag upon their line. The sky could be at its warmest, gleaming into the soft waters of Lake Michigan or at its coldest point of the year and the McFadden’s would still trail down the waters looking to bait their prey. 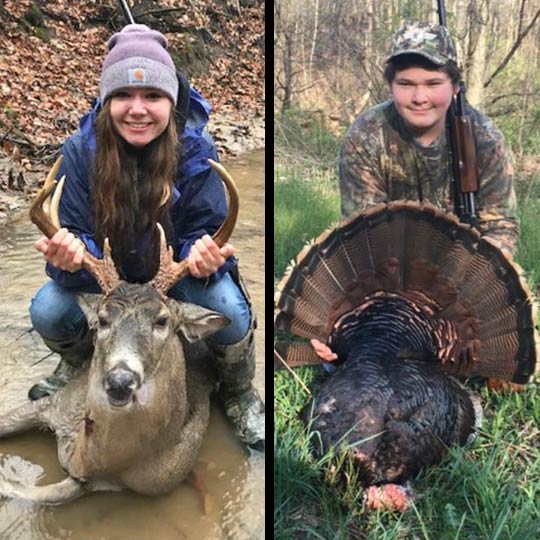 Back on land, they sit quietly, but they’ve replaced their poles with high-powered hunting rifles. They patiently await their chance to strike, just as a lion hunts a buffalo. As their opportunity arises, they zero in carefully, assuring that no one steps too quickly in this gamble of boldness. Reagan, Rusty’s 18-year-old daughter, finished the 2017 hunting season with her first 10-point buck, satisfying the honor of her father who had taught her how to shoot when she was just a young girl. Certainly a proud moment for Rusty. Now it's his 16-year old son Drake’s turn to rival his older sister with the shot of his rifle. This is now a family event, one where they can enjoy one another and experience nature in its raw form.

Sitting at home, patiently awaiting her family’s return from their days adventure, is Rusty’s second wife, Tammie - who is the mother of 27-year-old, Emily, as well as Kyler and Kylee, 22-year-old twins, from a previous relationship. A new marriage of only four short years, Rusty and Tammie are delighted in life knowing that they have a wonderful potential life ahead of them with this new beginning. 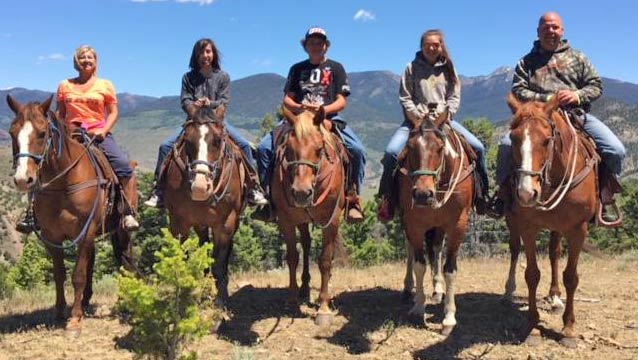 “Family is such an important aspect of life to us” says Rusty of his children, wife, father and his sister Melissa (who works for the family dealership as the office manager). “For us family is everything. Keeping family so close, even in business is vital to us.” The point certainly is validated when you consider all of the children, siblings and parents that work together to make McFadden’s Friendly Motors a successful venture.

Rusty claims that the business success is, in large, due to the fact that the family is so intrinsically involved, “Things are better all the way around as far as I’m concerned, family, for the most part is more trustworthy. I know that I can leave in the middle of the day and that my employees are going to do what needs to be done. I know that our profits will match up with our sales. And for me, one of the most significant aspects is that I know the customer will be taken care of, never ‘ripped off’ or cheated.”

Rusty continued to authenticate his position of the family and business mix. “It’s feels good when we read Google reviews. People rave about the way we treated them, how kind we are and the value they receive from us. Of course, every once in a while you’ll get one that you wish was better than it was, but everyone has that in this day of social media. When that happens, we simply do our best to resolve any issues a customer might have experiences. Family business means all of our employees are family… and so are our customers! I honestly believe that is why we continue to be so successful.”

Success, however, hasn’t always been served to Rusty on a golden plate. His first marriage regrettably did not go as he had anticipated and it ended after several years of trying to reconcile what once was. However, this marriage brought Rusty his most prized possessions in life, of course, his beautiful children; And who can really be downhearted by that? 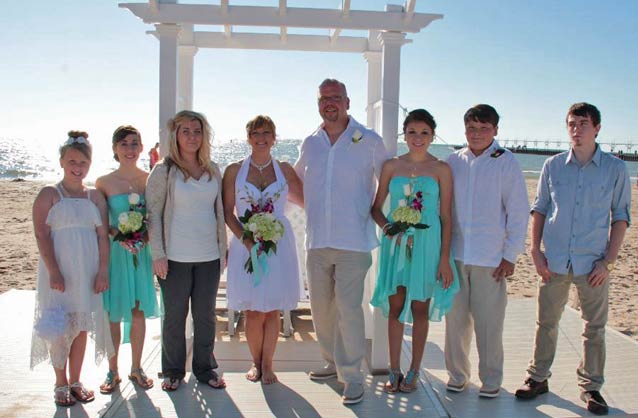 I LOST MY WIFE

but she gave me the most wonderful things

life can give someone:

“My divorce taught me a very valuable lesson in life, one that I try to remind my kids of often. ‘Put everything into perspective’. I lost my wife but she gave me the most wonderful things life can give someone: children. In turn, life has given me so much to live for. I look at them and I see myself, and honestly, all that I really want out of life now is to make sure that they are happy. If they want to take over the dealership, then it’s theirs. If they want to go a different route, then so be it. As long as what they’re doing is safe, moral and makes them truly happy, then I have succeeded in my duties as a father.”

McFadden makes a point of stating that he really wouldn’t change much in his life rather than the 'balance of it all’. Balancing more time for his family, especially with his children, with the counterbalance of his work, might have made for a bit better life for Rusty. However, as most auto dealers realize, in this industry there are so many things to do, so much to balance, it’s very difficult to do so properly. It’s easy to have regrets and often those regrets trickle down to time spent with family. “It’s a hard thing, making sure all of your ducks are in a row; being the perfect husband, an outstanding dad, a premium friend and a successful business owner. It’s hard to make time for anything else, but really, in the end, nothing else truly matters.”