“This business gets in your blood, I tell ya’, and I never once thought about gettin’ it out.”

“I was born smack-dab in the middle of the Great Depression, but I can tell you, it’s been a fortunate stroll uphill since then. Well, maybe not much of a stroll, but we always made life exactly what it was and life is wonderful.” Stan Scherer, along with most used auto dealers, was born into the business… but that doesn’t make him quite like any of the other guys out there. “We had to fight to win during the Great Depression. That time of life was just downright hard for the auto business. If you made $50.00 on a deal, that was a great deal! That’s when new cars were booming and even with that on our side, it was tough to make it through.” 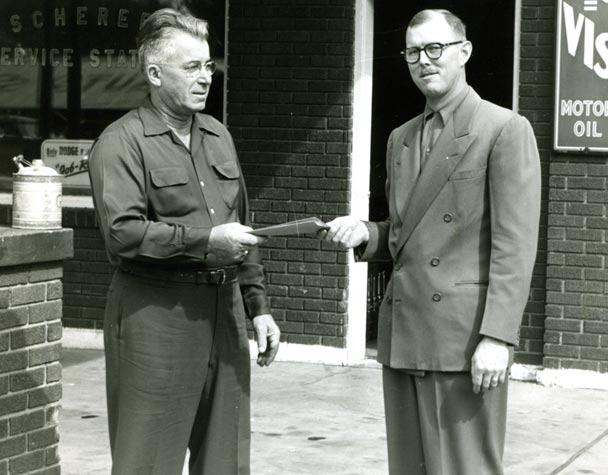 Scherer’s father, Amil, had his own used car dealership in Wakarusa, Indiana with his focus mainly on Ford and Dodge. That’s where Stan’s journey began. “I was 12 years old when I first started buying and selling cars…I couldn’t even drive yet! I recall my father making me return some of the automobiles due to my young age. He found my 1929 Oakland that I thought I had stylishly hidden away and he made me take back that hunk of hot wheels… probably because he was afraid I’d kill myself," Scherer chuckles. However you can still feel the aching in his voice for his beloved relinquish. 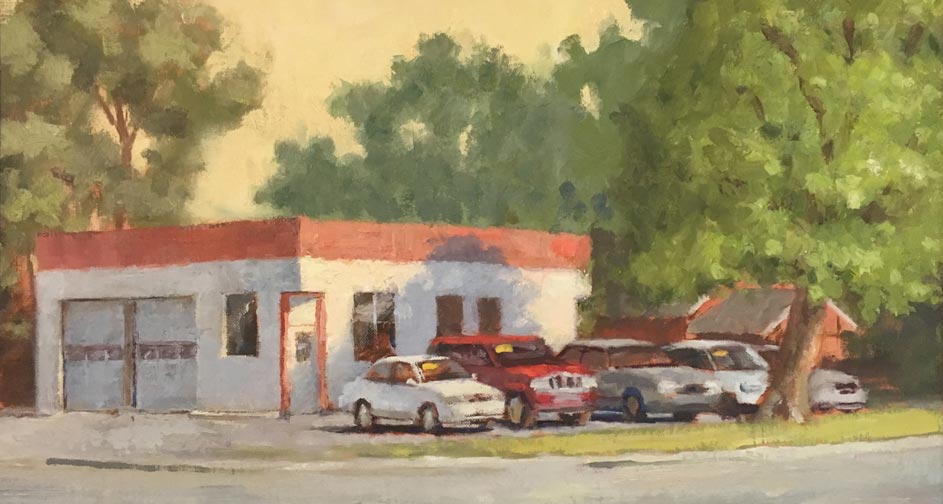 After many years learning from his father (and other dealers that saw much potential in him,) Stan decided to start running his own wheels and open a place of his own.

On November 27, 1954, the doors opened at Jeffry Motors, the first of two locations, one now owned and run by his son, Kim.

Jeffry Motors started on the idea of taking care of others and feeling the comfort that “they will do the same for you.” Stan’s alluring business has stood on that pedestal ever since. “I had to start my own business and auto dealing was just in my blood. The only graduate school I ever went to was the school of Hard Knocks, and I’ll tell ya’ one thing, you’ll learn more from that experience than any form of paid education will ever get ya’.” 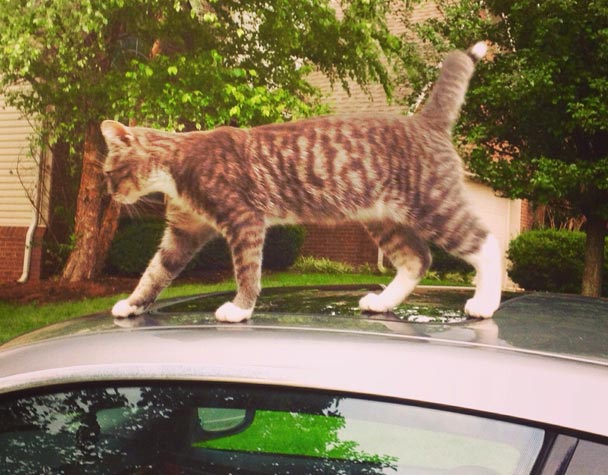 “I’ve learned everything from A to Z amongst the walls of this company and it most definitely shows with my success. I’ve sold and made great relationships with five generations of families and they just keep coming back. They trust us. Sometimes I wonder, though, if it wasn’t just because of Morris,” he snickers. Morris was the Jeffry Motors mascot for over 15 years, standing less than a foot tall. A fun-filled, loving cat, at Stan’s side, he made the business his home. “I swear he knew more about the automobile industry than anybody else ever did. Whenever we would take a trade in, as soon as that license plate came off, Morris would just hop on the roof, showing everyone that ‘this car is ours now.’” 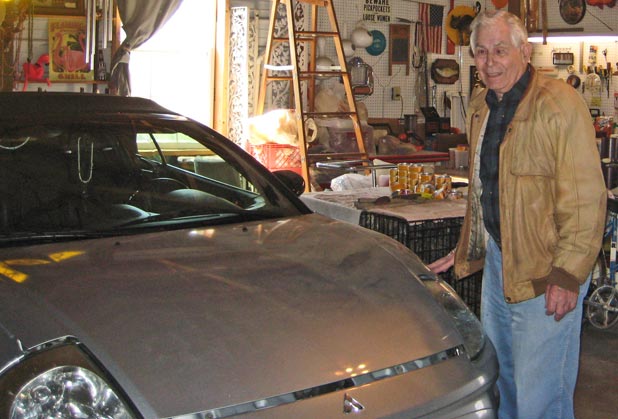 Through the years, Stan has accumulated valuable bits and pieces of knowledge from many dealers across the country, including the founder of GoJo Hand Cleaners, who employed him for about six months in Miami, Florida. “I used to walk down 8th Avenue in Miami in the 60’s where, for about five or six miles, there was nothing but used auto dealerships on both sides. I took a pocket full of cash each time and just made transaction after transaction, making known my hard passion for this type of business.” Stan, to this day, still loves talking about his time in South Florida, reminiscing on how great life treated him throughout the years. “I like to make sure I remember the feeling of keeping my foot on the pedal so each winter I buy a new convertible. Right now I’m driving my 2003 Mitsubishi Spyder. It’s a thrill at the wheel, that’s for sure.” 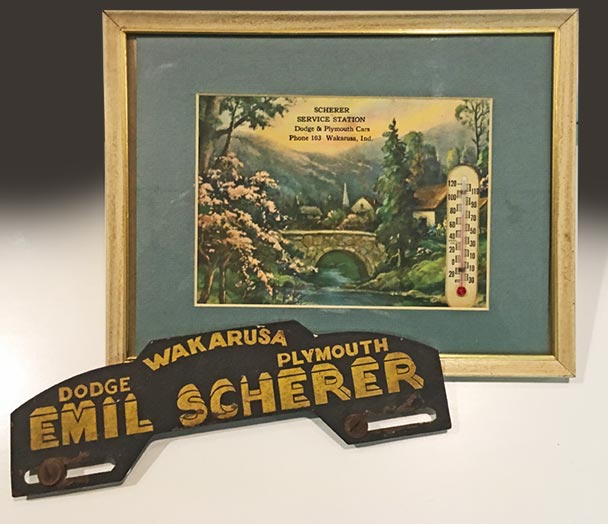 When asking Stan about his off time, he just pauses and smirks, as if he knows immediately what to say. For years he has been poking around antique shops and garage sales in search of old memorabilia that his father, Emil, or other dealer friends from years ago had given to other customers and friends. He has found postcards, keychains and even calendars rummaging almost accidental places, hitting goldmines and impressive treasures.

“My dad would always give people things… and even after 40 or 50 years, I can still find them everywhere. I have found these collectables all the way into Iowa. It’s all a part of the journey.” 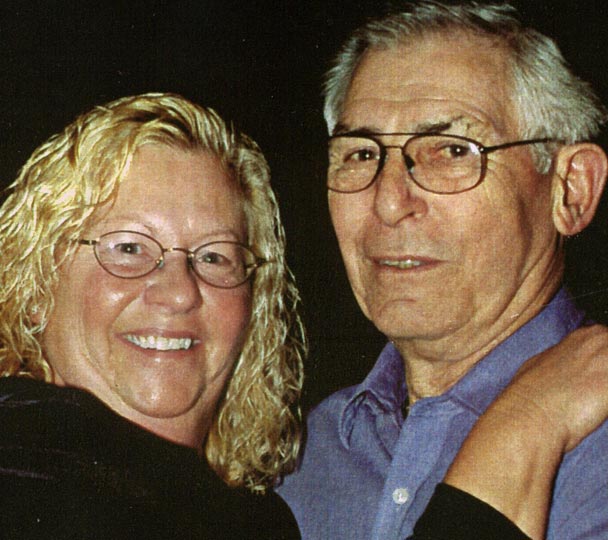 Over 50 years of rolling down the pavement and Scherer still loves the business that found him all those years ago. “I’ve been really fortunate in always having what I wanted. My five kids and 13 grandchildren keep me as young as ever. There’s not one thing I could imagine to complain about. I’ve lost three wives in this business - Emphysema, Lung Cancer and Pulmonary Fibrosis. Now, I’ve been with my girlfriend Fran since 2000 and we’re happy. That’s all that matters.” Fran and Stan still work together at Jeffry Motors today, turning cars and making great personal and professional relationships. Scherer is the longest running used auto dealer in Elkhart County, beating out several others in the long-running.

“I’ve sold vehicles from Alaska all the way to Guatemala and I’ll tell ya’ what, I never sold myself. These people sold me. They helped shape me into the gentleman that I am and I am absolutely proud of that." 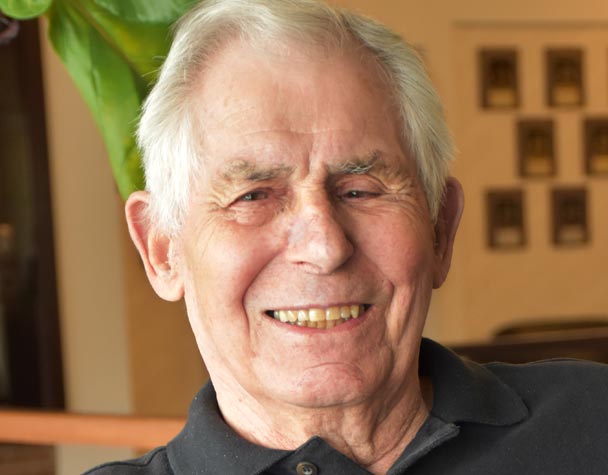 "This business gets in your blood, I tell ya’, and I never once thought about gettin’ it out.”